Why the Zestimate failed Zillow 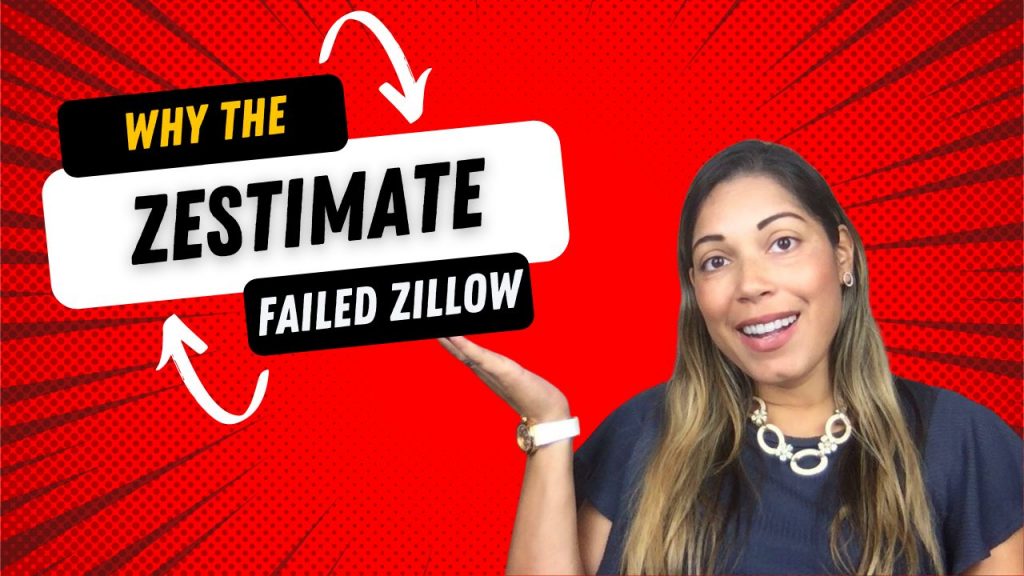 Zillow’s Zestimate unfortunately became the go-to reference for US homeowners in terms of the value of their home. This was always something that has frustrated real estate professionals like myself, because we knew it wasn’t accurate. But when Zillow tried to use its algorithm to buy and sell homes, it misread the market in a severe way.

The company’s instant buyer program, which is better known as the iBuyer, launched in 2018 in Phoenix and is where Zillow and their subsidiaries started using algorithms to quickly value, buy, and sell homes. It joined a rapidly growing market in the Arizona city where Opendoor, Redfin, and Offerpad had been buying and flipping homes since around 2014.

The principle behind iBuying is simple: These companies leverage the power of big data and they estimate the price they think they can sell a property and then offer a really low offer, lower than a traditional buyer, but make it attractive by guaranteeing it’s a cash offer and fast closing, leaving tens of thousands on the table for sellers for the sake of convenience.

Once an iBuyer owns a home, they work quickly to renovate the property and relist it—in theory for a profit. An analysis of millions of home sales across the US between 2013 and 2018 by academics at Stanford, Northwestern, and Columbia Business School found that iBuyers made around 5 percent profit by flipping homes.

Zillow believed it had the secret to the iBuying world: the Zestimate. They launched this algorithm in 2006, which has created home valuations for millions of homes across the US before it was put to work estimating the possible price of property Zillow itself bought.

John Wake, a real estate analyst around Phoenix since 2003 said: “I don’t know anybody in the spring of 2020 who predicted the market would do what it did. No one foresaw it would take off and become so strong.”

In March 2020, pretty much all activity in most housing markets stopped as the world shut down and economic uncertainty reigned. By November 2020, we saw sales increase as inventory continued to decrease and 2021 saw even more exponential growth, including iBuyers.

In early October 2021, Zillow recorded its most active week buying homes in Phoenix, part of its goal to buy 5,000 a month by 2024. We saw the same in Orlando, one of the other markets Zillow targeted consistently. Then suddenly Zillow stopped buying all around the country.

It became clear a month later.

The shift in Zillow

When announcing the company’s third-quarter results earlier this month, Zillow cofounder and CEO Rich Barton said, We’ve determined the unpredictability in forecasting home prices far exceeds what we anticipated and continuing to scale Zillow Offers, the company’s home buying program, would result in too much earnings and balance-sheet volatility.”

Zillow completely halted their iBuyer program and said it would cut 25 percent of its workforce.

Barton told analysts that the premise of Zillow’s iBuying business was being able to forecast the price of homes accurately three to six months in advance. That reflected the time to fix and sell homes Zillow had bought.

But the forecasts proved inaccurate in 2021’s shifting housing market. In the second quarter, Barton said, Zillow actually was able to sell homes for 5.8 percent more than it expected. In the third quarter, though, Zillow sold homes for 5 to 7 percent less than it forecast.

Problems for Zillow came when they started purchasing properties above market value based on the Zestimate program only to find that the numbers didn’t hold up and they were quickly bleeding profit.

Nine in 10 homes Zillow bought were put up for sale at a lower price than the company originally bought them, according to an October 2021 analysis by Insider. If each of those homes sold for Zillow’s asking price, the company would lose $6.3 million. Barton admitted that, “Put simply, our observed error rate has been far more volatile than we ever expected possible and makes us look far more like a leveraged housing trader than the market maker we set out to be.”

Zillow says its algorithm, which updates the estimated value of more than 100 million properties by analyzing dozens of variables, including the size and location of a home, isn’t at fault. “We remain confident in the ability of our Zestimate,” a spokesperson says, citing the system’s median error rate for on-market homes of 1.9 percent, and 6.9 percent for off-market homes.

How they could have avoided it

Experts say if Zillow had stayed in the bounds of the algorithm’s valuations, they may not have had a problem, but there are valuations of homes outside of the cookie-cutter homes that Zillow’s algorithms just don’t understand. We’ve seen that in our market over and over. They don’t understand rural properties, custom homes, land value, lakefront vs corner lot without a lake in the same community and so on and so forth.

Many experts in the real estate industry have different thoughts on why it failed. Anywhere from trying to acquire too much at once to having the inability to predict the future home prices and others say they tried to manipulate the pricing with their algorithm in order to control the market and their sales. Either way, their purchasing power ended up hurting their bottom line in the end and now they have to go into recovery mode as they start selling off their current inventory in the next few months.

For more questions on historical homes in Central Florida or for real estate market information in Orlando, Oviedo or surrounding areas, contact us at 407.801.9914.