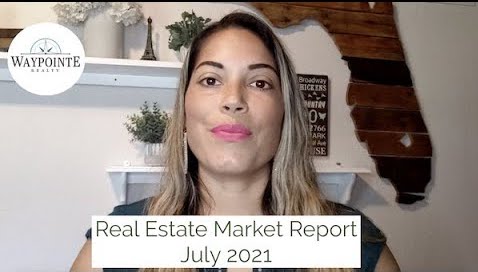 One year after Hurricane Irma threw a wrench into the Orlando housing market, data from the Orlando Regional REALTOR Association shows positive September-to-September comparisons for both sales and median price. Inventory, however, stayed on its year-over-year downward slide.

The good news, points out ORRA President Lou Nimkoff, is that in September the actual number of homes available for purchase reached its highest point this year. The month-to-month increase in inventory, combined with the traditional autumn lull in sales, is an opportunity for those buyers who struggled with competition during the summer. In addition, fall home shoppers can also enjoy a bit more attention from REALTORS, lenders, and other service providers who typically do not have quite as many clients to attend.

Sales of single-family homes (2,096) in September 2018 increased by 7.6 percent compared to September 2017, while condo sales (390) increased 23.4 percent year over year. Sales of distressed homes (foreclosures and short sales) reached 124 in September and are 3.1 percent less than the 128 distressed sales in September 2017. Distressed sales made up just 4.5 percent of all Orlando-area transactions last month. The overall inventory of homes that were available for purchase in September (8,092) represents a decrease of 6.4 percent when compared to September 2017, and a 3.6 percent increase compared to last month. There were 5.6 percent fewer single-family homes and 2.6 more condos, year over year. Current inventory combined with the current pace of sales created a 2.9-month supply of homes in Orlando for September. There was a 2.3-month supply in August 2018 and a 3.4-month supply in September 2017. The average interest rate paid by Orlando homebuyers in September was 4.66, up from 4.57 percent the month prior. Homes that closed in September took an average of 48 days to move from listing to pending and took an average of 84 days from listing to closing.

This is a great time where we see buyers coming out of hiding because inventory and pricing has stabilized. At Waypointe, you have access to properties not listed publicly as well as get properties before they come on the market. Buyers need the assistance of REALTORS to help them compete against other buyers, for example by crafting attractive offers that take into consideration current appraisal issues and advising on contingencies, in addition to assistance through the many traditional functions that a buyers’ agent performs. Ready to start the homebuying process? We can help! Contact us today.

Inventory and pricing has stabilized. If you’re looking to sell, we can help you get the MOST money from the sale of your home. Looking to relocate, move up to a larger home, purchase your first home or sell your rental? We can help. Contact us today!