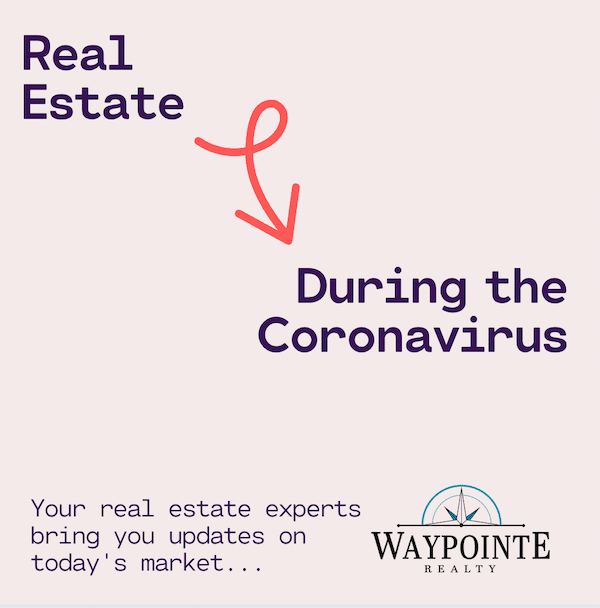 The arrival of the Coronavirus pandemic in the U.S. has meant the upheaval of virtually every business, industry and household. The mortgage industry is no exception. Whether you are a homeowner who wants to keep their home, are trying to sell real estate or are hoping to buy a home, then the current state of the mortgage industry is of critical importance.

Here is a look at some of the ways in which COVID-19 is affecting the real estate market in Orlando and beyond.

In recent weeks, the Fed brought interest rates down to zero in an effort to stabilize the deteriorating economy. That may make it seem as if mortgage interest rates also should shift downward. Freddie Mac reported that on the week ending March 19, the fixed-rate, 30-year mortgage carried an average interest rate of 3.65 percent. That number represented the largest one-week increase in mortgage rates since November of 2016.

Only two weeks earlier, rates had hit a record low of just 3.29 percent.

Why are rates going up while the Fed ostensibly is slashing interest rates to zero? It’s because mortgage rates tend to follow long-term bond yields more closely than the Fed’s interest rate.

Another factor that’s contributing to the rising rates is that lenders are raising rates to cope with an increased demand for refinancing that was in-progress just before Coronavirus hit in the U.S. Analysts suggest that the rates will fall again once the backlog of refinance applications has been worked through and the markets begin to stabilize. However, as the Coronavirus pandemic continues, things likely will remain volatile for weeks to come.

Early April saw rates decline again to the high 3’s (3.9%), but criteria for buyers is a little tighter. Lenders have raised their credit score minimums to mid-to-high 600’s.

Fewer People Are Shopping for Homes

While a backlog of refinance applications currently exists, lenders are seeing a definite drop off in new applications for refinances and purchases. Simply put, potential refinancers and buyers in Orlando are distracted by COVID-19 and all of the changes that it has brought. At a time of great uncertainty, fewer people are looking to become homeowners, at least for the moment.

Home Sales Are Down

As people across Florida and other states are being forced to stay at home, a decrease in home sales has become inevitable. This may be concerning for people who currently have a home on the market, but rest assured that this downturn is likely to be temporary.

Once the stay at home restrictions begin to lift, home buyers are bound to come out in droves. At the same time, we are likely to see a downward trend in mortgage rates, making it easier for buyers to obtain the financing they need.

In spite of this, real estate is still considered ESSENTIAL and we are still selling and helping buyers purchase real estate. There are precautionary measures in place to maintain the legal and safety standards.

Missed Mortgage Payments Are Inevitable for Some

Statistics suggest that some 47 million jobs may be lost in the U.S. during the pandemic, leading to an unemployment rate of 32 percent. Many of these people are homeowners, and the sudden loss of their income will inevitably mean missed mortgage payments.

Many lenders are working hard with their customers to accommodate the need to skip a month or two of payments. However, there is some fear within the mortgage finance system of a general collapse based on the sheer volume of missed payments. Lenders are hoping to negotiate with the Federal Reserve to step in with emergency loans to help mortgage companies maintain liquidity until the crisis passes.

No such relief was included in the recently passed $2 trillion rescue package, but lenders hope that this will be remedied in the next bill.

Have you lost your income and need assistance with your mortgage?

Do you need to apply for a forbearance?

Are you a small business struggling with payroll or expenses?

Don’t know whether or not you can keep your home or if you have to sell?

Need to move but uncertain about the market?

Turn to a Trusted Real Estate Company for Information

Whether you are a homeowner, a buyer or a seller, you can trust us to provide you with the guidance and advice that you require. No matter your needs, we are a reliable resource for everything relating to real estate in Oviedo.

If you answered YES to any of the questions above, contact us at 407.801.9914 or email at [email protected] for the best resource to help you through these uncertain times.