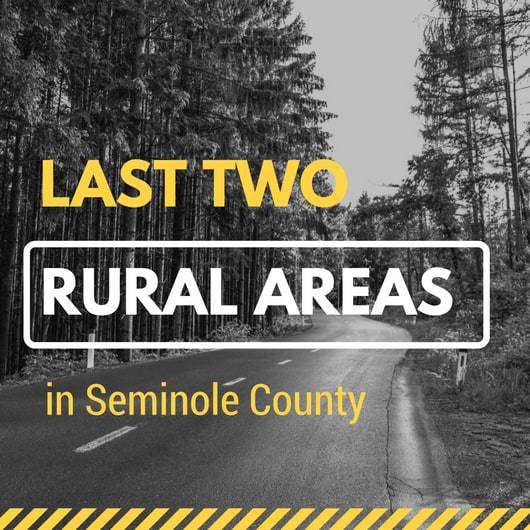 Seminole County is located just northeast of Orlando and is home to approximately 455,000 residents. Interstate 4 runs in a north-south direction through the western region of the county, and this Interstate connects Orlando with Daytona Beach. Because of the location of this busy road, the western region of the county is heavily populated and well-developed. In fact, in this area, you will find cities like Sanford, Altamonte Springs, Longwood and Lake Mary. The eastern region of the county is notably rather rural, but this may soon change. Rapid development from the Interstate and the Orlando metro area is creeping eastward and is threatening to take over the last two rural areas in the county. These areas are in high demand making rural living on the rise as well.

The History of Geneva

Geneva is a small community located in the northeastern region of the county. It has seen increased growth due to the rural lifestyle and the many lakes that provide scenic home views. Locally known as the “Geneva bubble”, the well water drawn from the aquifer deep below the earth is highly touted as some of the best in the state. It is also home to the two Econlockhatchee Rivers as well as the Little-Big Econ State Forest. Fewer than 3,000 residents live in this quiet and naturally beautiful area despite the fact that it is within a commutable distance to Orlando. One of the most substantial and well-known in the area is the Geneva School House. This building was originally constructed in 1924 to educate Kindergarten through 12th grade students, but it later evolved to only providing elementary education. The structure that is currently standing today is slowly being renovated, and it replaced a log cabin school that was built in 1874. It remains the only elementary school serving this entire area of the county.

The History of Chuluota

Chuluota is a much smaller area than Geneva, and it is located in the eastern region of the county south of Geneva. This community is home to approximately 2,500 residents, and it has already seen moderate growth with new housing development in the last 15 years. This is a traditionally rural community that has had an economy centered around agriculture since the first white settlers arrived around the Civil War period. Residents are concerned that new development will change the quiet, relaxed way of life that they love.

What the Development Means for Local Residents

Both Geneva and Chuluota offer current residents a very peaceful living experience that is removed from the stress and chaos of the big city. Many residents enjoy being away from crowded, busy roads and having privacy from their neighbors. They love seeing natural views rather than urban and suburban development all around them. However, as many as 4,000 new homes are projected to be built just south of the county line close to Chuluota, and many additional homes in new developments are sprouting up just east of the county line. This rapid development is approaching Chuluota and Geneva from all directions, and it is threatening to enclose and take over the rural areas that mean so much to the local residents. In 2004, residents voted to restrict development to one home for every five acres. While this slows down development in the area, it does not prevent the increasingly-populated areas nearby from creating more pass-through traffic. There are also concerns about how the development will impact environmentally-sensitive natural areas and the supply of fresh water from the local aquifer.

Taintsville was once an unnamed rural area located between Oviedo and Chuluota. Residents here struggled to describe to others where they lived, and it was even challenging to receive shipped packages. Nearby development also threatened to take over the region and change the residents’ way of life. These residents took action by creating their own 700-acre town. By doing so, they have protected a small rural area that is now increasingly surrounded by residential and commercial real estate development.

The growth in this popular Florida county is undeniable, and it is expected to continue at a rapid pace going forward. With many areas closer to Orlando already densely populated, it makes sense that new real estate development would creep into the last few remaining rural areas in Seminole County though it saddens us. If you are looking for a rural way of life reasonably close to the big city, now may be the time to act. Contact us today to learn about rural real estate available in eastern Seminole County.