Don’t expect more inventory | What to expect in 2022 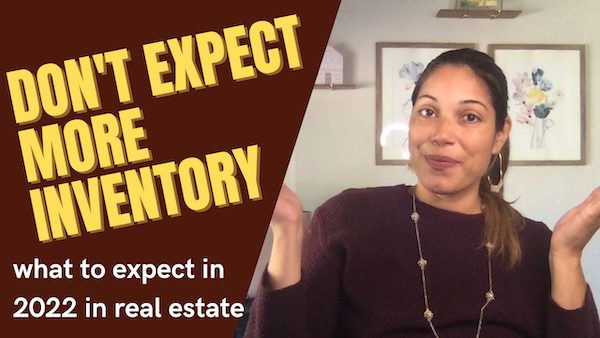 The median U.S. home price just passed $400,000 for the first time ever, according to data from the St. Louis Federal Reserve.

Though it’s an eye-catching number, the market has been hot of late, and a lack of inventory and high demand means foretold the rise in home prices.

According to a recent note from Goldman Sachs, home prices could rise another 16% by the end of next year. Goldman economist Jan Hatzius pointed out that of all the pandemic shortages, the housing shortage might last the longest and that a crash is very unlikely.

According to the latest forecast by Fannie Mae, median home prices are expected to rise another 7.9% between Q4 2021 and Q4 2022.

A recent note from Morgan Stanley showed that the country needs as many as 1.5 million homes to get back to normal and that the pace of real estate availability is three years behind.

“The housing shortage has contributed meaningfully to the record pace of home price appreciation we are currently experiencing,” Morgan Stanley strategists wrote in August. “While the magnitude of the shortage described above means it is unlikely that we will find ourselves with an excess of supply at any point in the near future, the pace at which supply is contracting has slowed.”

Another bump in inventory people were expecting were foreclosures after the forbearance ended. That hasn’t been the case.

Even if default rates jump up there are too many companies sweeping them up directly from banks to make a difference.

Hedge funds with $20B in investments have been buying property in last 20 months which is a lot of the frustration with buyers trying to purchase through financing.

1400 homes are in default nationwide with Fannie and Freddie Mac. This is very very low. It’s great for the economy, but doesn’t help the inventory buyers were expecting around this time.

Most American’s have kept their mortgages current in spite of the pandemic, which is great, but it hasn’t helped inventory as many expected.

Vacancy rates are the lowest they’ve been since 1978.

Normally banks will have trainings for BPO’s and forbearance loans but instead they’re selling to hedge funds and not gearing up for excess bank owned properties which is what we normally see in the market after a bank forecloses on a home.

All of that to say, do not anticipate spike in inventory. If you’re on the fence about buying, don’t be. Home prices will go up and so will interest rates making homes even more expensive than this year.

Additionally, if they do go down, interest rates will go up and still make home buying more expensive in the long run than looking for a property at this time.

For more questions on historical homes in Central Florida or for real estate market information in Orlando, Oviedo or surrounding areas, contact us at 407.801.9914.