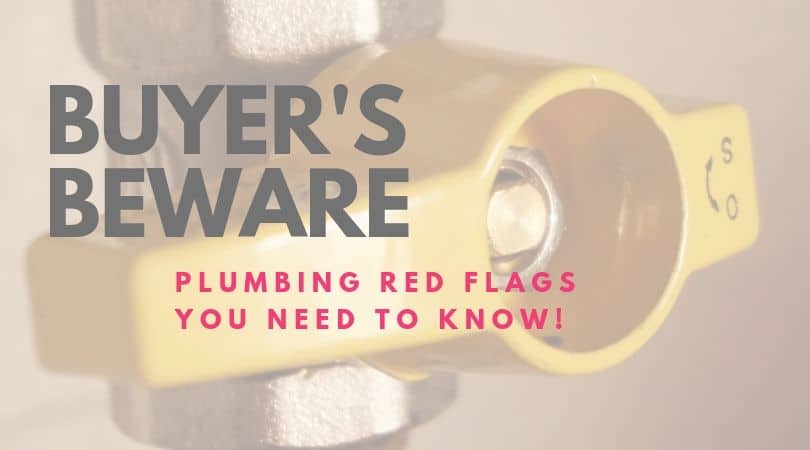 Purchasing your new home can be an exciting experience. However, this task does not come without its difficulties, as there are a multitude of factors that you must keep in mind to find the perfect home. One of those crucial aspects that is often overlooked is finding the right plumbing for your safety and needs. Today, we will learn about three different types of piping; examining a brief history of each variety, potential risks associated with the piping, and how to spot these various piping systems.

Polybutylene Piping ! This piping system was inexpensive and convenient, making it a relatively popular option and was common in homes in the 1980s and 1990s. They were discontinued because of failures at the plastic fittings.

Unfortunately, there are a multitude of problems associated with polybutylene piping. Some of these include:

While there are some insurance companies out there that may offer limited water damage of $10,000, the majority of the carriers will not offer a policy if there is any polybutylene piping in the home. It would be a good idea in looking into getting it replaced.

These are just some of the problems associated with polybutylene piping.

So how can you tell if you have polybutylene piping?

There are several identification elements that you may use to determine if your pipes are polybutylene. First of all, these pipes will always be flexible unlike some other types of piping. Additionally, this style of piping is typically marked with an identification code of: PB2110. Lastly, these pipes most often have a gray, blue or black color.

Copper piping is a tried and true piping method. It dates all the way back to the 1930s, and is still a prominent piping option today. The only concern with copper piping is it will corrode over time so please consult a licensed plumber to make sure the copper pipes are in good condition.

Although copper piping is one of the more reliable varieties of piping, there are still a couple of issues associated with it.

How to Spot Copper Plumbing

Copper piping systems are relatively easy to spot. Whenever they are first installed, they will have a brighter look, similar to a new penny. As they age, the copper begins to react with water and turn a brown color.

Pex piping (or crosslinked polyethylene) is a newer plastic that is fashioned into a flexible pipe. Pex piping has been around a long time but was used in residential homes in the early late 90’s early 2000’s.

Some have no issues with pex piping and some companies will want to see pex piping no older than 2010.

Pex piping systems are a great option, but there are some problems that come with this specific type of piping system.

Each insurance company has different guidelines when insuring homes with pex piping so please ask your agent if the insurance company you are looking to go with has any issues with that particular kind of piping. Please consult a licensed plumber to make sure the pex is in good working condition.

Despite some of the disadvantages, Pex piping is generally a durable option for your home.

If you are trying to identify Pex piping, there are a few noticeable ways to distinguish it. First of all, you have Pex piping if it is made out of plastic. Additionally, the pipes will often be a bright red or blue color.

Hopefully this guide helped you build a better understanding of the various types of piping used throughout homes. Use this knowledge to determine the best piping system for your needs while you are searching for your new home.

Article was written with assistance from Brightway Insurance’s Joshua Amos: 321.363.5500