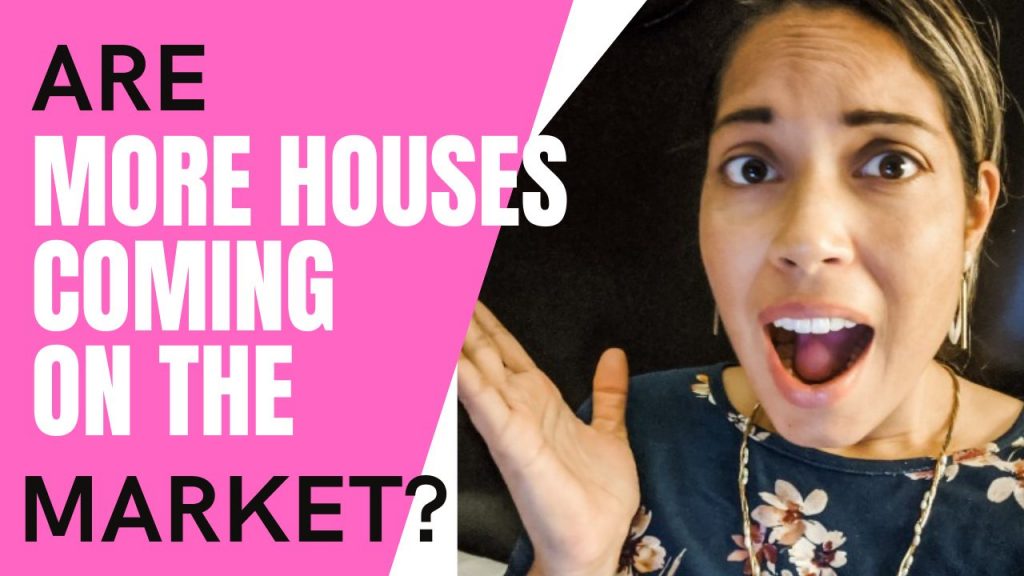 Last year during the height of the pandemic, more than 7.2 million homeowners were in the mortgage forbearance program. This is a program that was passed under the previous administration to allow some borrowers to pause their mortgage payments. We have clearly seen that our economy has recovered in what some say one of the fastest recoveries in history. Now, there are just 1.7 million borrowers enrolled in the forbearance program, which is great.

But soon it’ll be zero.

This program was not intended to go on as long as it did, but now the Biden-Harris administration has made it clear it has no plans for another extension of the mortgage forbearance program. It is set to end on Sept. 30.

Borrowers won’t all get removed at once, instead they’ll be phased out over a period of several months.

Major Shake-up in the Market?

Even so, Fortune has reported that once this would lapse, this would lead to a major shake-up for the housing market, which many have been waiting for. In a nation of more than 80 million homeowners, 1.7 million might not sound like a lot—until you consider there are just over 600,000 homes for sale right now on realtor.com which as you’ve heard me say for years, that is incredibly LOW.

We are facing a 40-year low in housing inventory. There simply have not been anywhere near the amount of homes available needed to supply the demand of qualified buyers.

So, if even a small percentage of these 1.7 million struggling borrowers opt to sell—rather than returning to their monthly payments—it could cause a shock in the housing market.

However, that may or may not necessarily affect our market considering our unemployment is low, jobs are available everywhere you turn and the economy is thriving in terms of employment.

How this will affect our market

Back in July, Fortune reached out to researchers at Home.LLC, to forecast how the end of forbearance would impact the market. This is something we’ve all been waiting over a year to see. They found the end of the program is likely to see U.S. inventory, in other words the homes for sale, rise by 11% later this year.

Again, while it won’t make a dent in shifting the housing market from a seller’s market to a buyer’s market, it would provide some more opportunities for buyers that have been on the sidelines waiting for their opportunity to buy a home without having to be outbid each time by 15-30 other buyers on the same house.

Even before mortgage forbearance ends, we have noticed the market already starting to cool. According to a Yahoo! Finance article, after seeing housing inventory plummet over 50% between April 2020 to April 2021, it’s moving up again. Inventory levels ticked up 8.8% in June, and another 10.4% in July. Over the past year, median home prices are up 17.2%, according to real estate research firm CoreLogic. In the coming 12 months, CoreLogic foresees that slowing down a bit, to just a 3.2% appreciation.

Here’s what I want to make sure everyone listening understands. The end of the forbearance is not going to sink the market or get prices to plummet. A market crash is not going to happen.

I’ve said it many times, but I think it’s worth repeating.

The borrowers that will need to sell due to the inability to pay their mortgage likely have lots of equity and can sell their homes without going into a short sale or foreclosure situation, which means prices will not be at an all time low for these homes as they traditionally would be for distressed home owners selling.

That is very different from what happened during the Great Recession in 2008 where millions of underwater borrowers, with mortgage balances greater than their home’s value—were forced to sell and investors who had put 0% down and received subprime loans had nothing to lose so easily gave up making payments.

This is not the same.

Because of years of under-building, which basically means a lack of new construction to keep up with demand, demand continues to outmatch supply.

But the silver lining for buyers is that we could see more inventory in the coming months.

For more questions on the market information in Orlando, Oviedo or surrounding areas, contact us at www.WaypointeRealty.com or call at 407.801.9914.