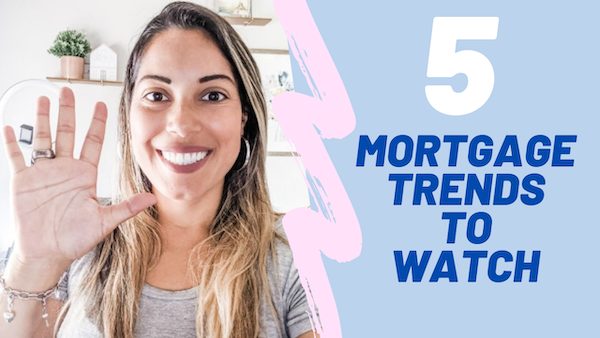 This information was first provided by Melissa Dittman Tracey in the Realtor Magazine with the intent to help consumers understand the financial issues that could affect their home purchase.

Interest rates below 3% for a 30 year mortgage aren’t going to be around forever. Buyers definitely should be taking advantage of this because who knows when we’ll ever see these low rates again. Chief economist of the National Association of Realtors predicts that as early as the end of this year or spring of next year these same loans will be around the 3.5% mark which is still an incredible rate. But a higher rate on top of the high prices may continue pushing buyers out of the market which we have already seen this year.

Lending standards tightened during the pandemic as lenders were trying to avert the risk that was unknown. This month, we’ve seen that Fannie and Freddie Mac have started to release some of those strict guidelines. FHA and VA credit score requirement is now lowered to 600 instead of the 640. That’s just one example of the restrictions that are easing.

Higher home prices led to larger loan amounts. In March, the average mortgage taken out on a new home purchase reached a record-setting $374,000 up from $332,000 two years earlier according to the Mortgage Bankers Association. As more people upsized their space during the pandemic, sales in upper price brackets outpaced ones at lower price points. In fact, applications larger than $766,000 jumped 55% year over year. Mortgages below $300,000 decreased by 2% but that’s more than likely from a lack of inventory in that price range.

Borrowers have options beyond the traditional banks that are competing and gaining on the lending market share. The top banks made up only 21% of the mortgage originations in 2020 which is a decline from their 50% market share a decade before according to Business Insider Intelligence’s Online Mortgage Lending Report. In fact only 8% of our buyers used one of the top U.S. banks for loans this year. The other 92% used mortgage brokers and local credit unions that provided better service, lower costs, more relaxed criteria and higher on-time closing.

Aside from not being able to find a home to move into, sellers have also been hesitant in leaving behind low interest rates especially if they recently refinanced, which is another reason inventory continues to suffer. Mortgage rates aren’t the only thing that sellers are considering. Most sellers are looking for more space or have a new sense of freedom and flexibility to work from anywhere and are selecting cities they would love to live in. That’s exactly what we’ve been experiencing all over Florida the last year.

For more questions on the market information in Orlando, Oviedo or surrounding areas, contact us at www.WaypointeRealty.com or call at 407.801.9914.